The Power of Leopard Print

Turns out that eyeball-searing fluorescent yellow isn't the last word in high-visibility apparel. As Bikeyface demonstrates, a minimal covering of leopard print can also command attention.

Which reminded me of the magnificent Sawako Furuno helmet that Ladyfleur owns.  It's even more gorgeous in person.

It's a concrete jungle out there. So be safe and choose leopard print.

And that leads us here: 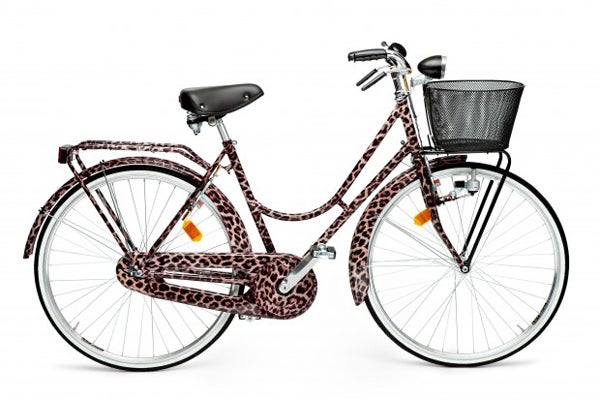 Yes, the Dolce & Gabbana Limited Edition Leopard Print Bicycle. It was only available in a handful of stores in Italy last summer. However you can pick-up a cheap knock-off less expensive version here.

Update: I found a nicer leopard print trimmed bike from Nirve on Amazon. Check it out.